Here's what Music City is up against... 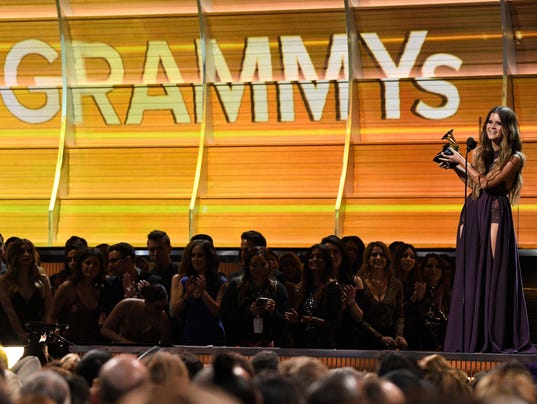 Just how long has it been since Nashville hosted the Grammy Awards? Perhaps this moment — from the first and only time Music City hosted the telecast — puts it in perspective.

As he signed off from the stage of the Tennessee Theater, show host Andy Williams said a thank-you to Carol Burnett, who’d let the Grammys air in place of “The Carol Burnett Show.”

It was March 3, 1973. Since then, the question of when Nashville might host the Grammys again has loomed. For decades, it seemed like a long shot.

But times have changed.  In 2012, the Recording Academy put on a televised Grammy nominations concert in Nashville, playing into Music City’s rise in national stature. And this year, the question of a Nashville Grammys seems more apt than ever, as the show has returned to New York City for a single year — leaving Los Angeles’ Staples Center for the first time since 2003.

“We love (Nashville),” said Academy President Neil Portnow. “It’s always on the radar, and it's always a possibility.”

Still, Nashville will have to face its share of hurdles before it can host “music’s biggest night.”

Bringing the show back to New York was no small task. The Recording Academy was intensely courted by the city mayor’s office, which raised millions in sponsorship dollars and arranged for labor concessions to help offset the considerably higher costs of producing the show in New York — an increase of $6 million to $8 million, according to the New York Times.

Just one month after news broke of the return to New York, a four-year deal was struck between the Recording Academy and AEG, which owns the Staples Center. The Grammys will return to the arena in 2019 and remain there through 2022.
AEG has a considerable stake in the Grammys, as it also owns the surrounding L.A. Live complex of hotels, restaurants and venues, all of which get a huge boost from “Grammy Week.”

Mayor Megan Barry said there are no formal talks with the Recording Academy to bring the Grammys to Nashville, but she “firmly believe(s) Music City would be a great place to host this celebration of artists and industry leaders.”

“As more hotels and amenities come online in the coming years, I think we’ll be an even more attractive location to one day host this prestigious awards celebration or other Recording Academy events," she said.

“I'm biased, but the case for Nashville is stronger than it's ever been,” said Butch Spyridon. He’s right about his bias: Spyridon is the CEO of the Nashville Convention & Visitors Corp. But that group’s experience speaks volumes on its own.

In 2016, the CVC helped bring the NHL All-Star Weekend to town, which may have made the strongest case yet for Nashville’s ability to host the Grammy festivities. The multiday media event required thousands of hotel rooms, vast venue space and unique surroundings, and Nashville delivered on all fronts.

“I don't think Nashville needs to prove or do anything,” he said. “The growth has been exponential. I think there are more cranes in Nashville than there are in China.”

And though AEG fought to get the Grammys back to Los Angeles, it’s possible the entertainment company could be on Nashville’s side in the future. Its $1 billion Nashville Yards project will put a complex not unlike L.A. Live just down the street from Bridgestone Arena.

Nashville may be adding to its arsenal, but Los Angeles still has a considerable upper hand. First of all, it’s home to the largest and oldest chapter of the Recording Academy, and a move to Nashville would mean more members would be required to travel for the event.

The interest of television network CBS — which has the rights to the ceremony through 2026 — is a huge factor as well.

“Obviously, when you're going up against L.A. and New York, the star power, the access to the celebrities that can help elevate the show as presenters is a big difference,” Spyridon said. “And then the media markets in L.A. and New York certainly play into that." 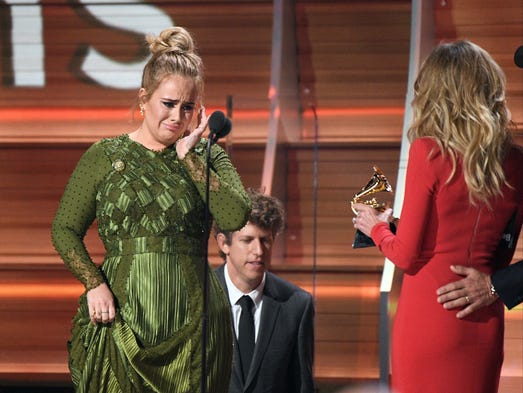 This year’s move to New York has already hit some sour notes, which could make the academy more wary of a move in the future. On Wednesday, Portnow told the Associated Press that the city’s union concessions and sponsorships weren’t as large as they’d expected.

On the other hand, "If you have an opportunity to be unpredictable, that's a really positive thing to do," he said.

For now, the academy has some time to think about its next potential move. The Grammys won’t be free to leave Los Angeles until 2023.

As fate would have it, that’s exactly 50 years after Andy Williams signed off from the Tennessee Theater. At least next time, they won’t have to worry about “The Carol Burnett Show.”